Scott R. has donated copies of Working Passage and The Imperium Staple (Traveller fanzines) as giveaways for the RetroRoleplaying Cancer Fund. As many of you know, my wife is recovering from oral cancer and that I worked on the original Microlite74 as way to cope during her recovery from 6 weeks of radiation treatment last year. We are some of the 40 to 50 million people in the US who do not have health insurance and do not qualify for government aid as we live in Texas and have no children. The cancer treatments and related expenses have cost over $110,000 so far. While over half of this has been absorbed by hospital foundations and the like (and some of the rest was covered by our July Donation Drive), we still owe a lot of it.

We have established a RetroRoleplaying Cancer Fund for donations. Everyone who donates anything at all (even a dollar) gets access to a few special downloads (like pdfs of two 1970s D&D fanzines, a special edition of Microlite74, and more) as described on that page.

While I had not planned to have another special giveaway for a good while, I received a package from Scott R. today with some nice Traveller items: ten issues of Working Passage and three issues of The Imperium Staple — rare Traveller fanzines from the 1980s. He specifically requested that I give all these items to the top donor in the first half of October 2009. Who am I to say no to a generous gift like this one? Thank you, Scott R.

For those who aren’t familiar with Traveller fanzines, Working Passage and The Imperium Staple are two of the most popular Traveller fanzines ever. I saw a complete set (of 12 issues) sell for over $300 on eBay once even though the description said some of the issues were probably photocopies. A set of the first ten issues of The Imperium Staple reportedly sold for over $1000 — in perfect condition I assume. So Scott R. has set a very nice top donor package.

Of course, everyone who donates gets access to the special PDFs (The Grimoire #1, The Grimoire #2, the Microlite74 2.0 Special Edition booklet, etc.

To get help us pay our cancer treatment related bills (and to get access to some special downloads and possibly the above mentioned items), send a donation in any amount — small or large — to me via Paypal. My apologies for having to ask for donations and my heartfelt thanks to everyone who donates. If you cannot donate but wish to help, please spread the word about my request and offer. Thank you very much in advance. (And again, a very special thank you to Scott R. for donating the fanzines for this giveaway.) 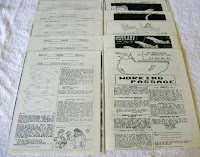 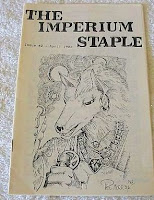 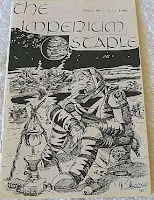 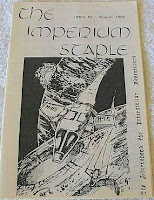